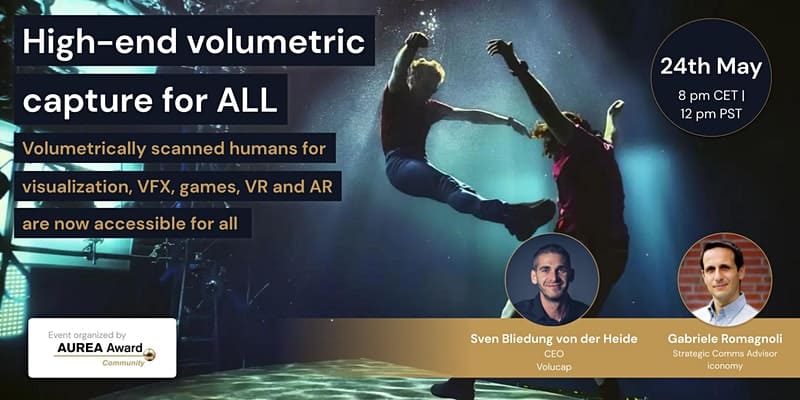 High-end Volumetric Capture for ALL

Since 2018 Volucap has been leading the way in the world of volumetric capture and built one of the most advanced facilities in the heart of Berlin with a 3 m active action area where persons and objects can be captured realistically and in motion. Since then, Volucap worked on many high-end productions culminating in a recent involvement in “Matric Resurrection” during a 2 years intense collaboration on demanding action sequences and special effects including an underwater volumetric capture scene.

Yet high-end Volumetric capture has mostly remained rather inaccessible due to the technological investment and skills required to capture and process the actors performance…. until NOW. Volucap has in fact recently launched a new platform called 4D people. 4D People are volumetrically scanned humans for visualization, VFX, games, VR, AR and everything else. Each model contains a high-res mesh and texture sequence and can be used in all common 3D applications, no plug-ins required.

Join this live session to learn about: